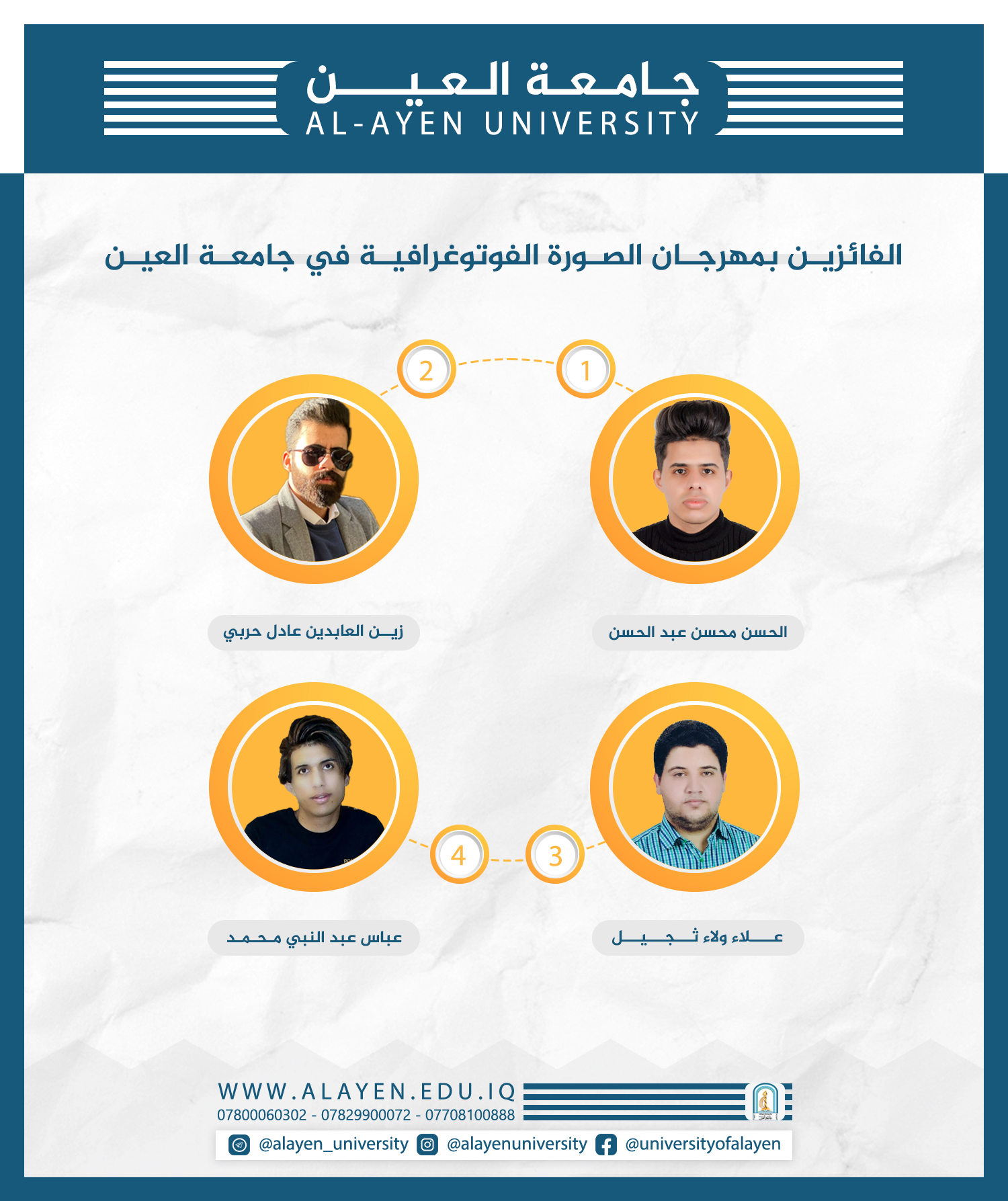 The Student Activities Department at Al-Ayen University concluded the Photography Festival, with the participation of over 50 students and 146 photos. The Photography axes varied among general photography, portraiture, landscapes, and people's lives. It was held for the period from December 21 to January 1 for students of University Colleges and Departments.

He added, "The participants were creative, amateur and talented students from the Colleges of the university", he pointed out "the university has always been enhancing the talents of students not only in the field of their study, but also in all other fields in order to develop their skills and provide them an opportunity to develop their scientific career "

He stressed that "the winners of the University festival were: Al-Hassan Mohsen Abdulhasan in the first place, Zainulabidin Adel Harbi in the second place, Alaa Walaa Thajeel in the third place, and Abbas Abdulnabi Muhammad in the fourth place."

Advertisement
The official photos at the official address
.
More
College of Engineering at Al-Ayen University.
Are you looking for distinguished opportunity to study Engineering?
More
All Adss
Electronic Services