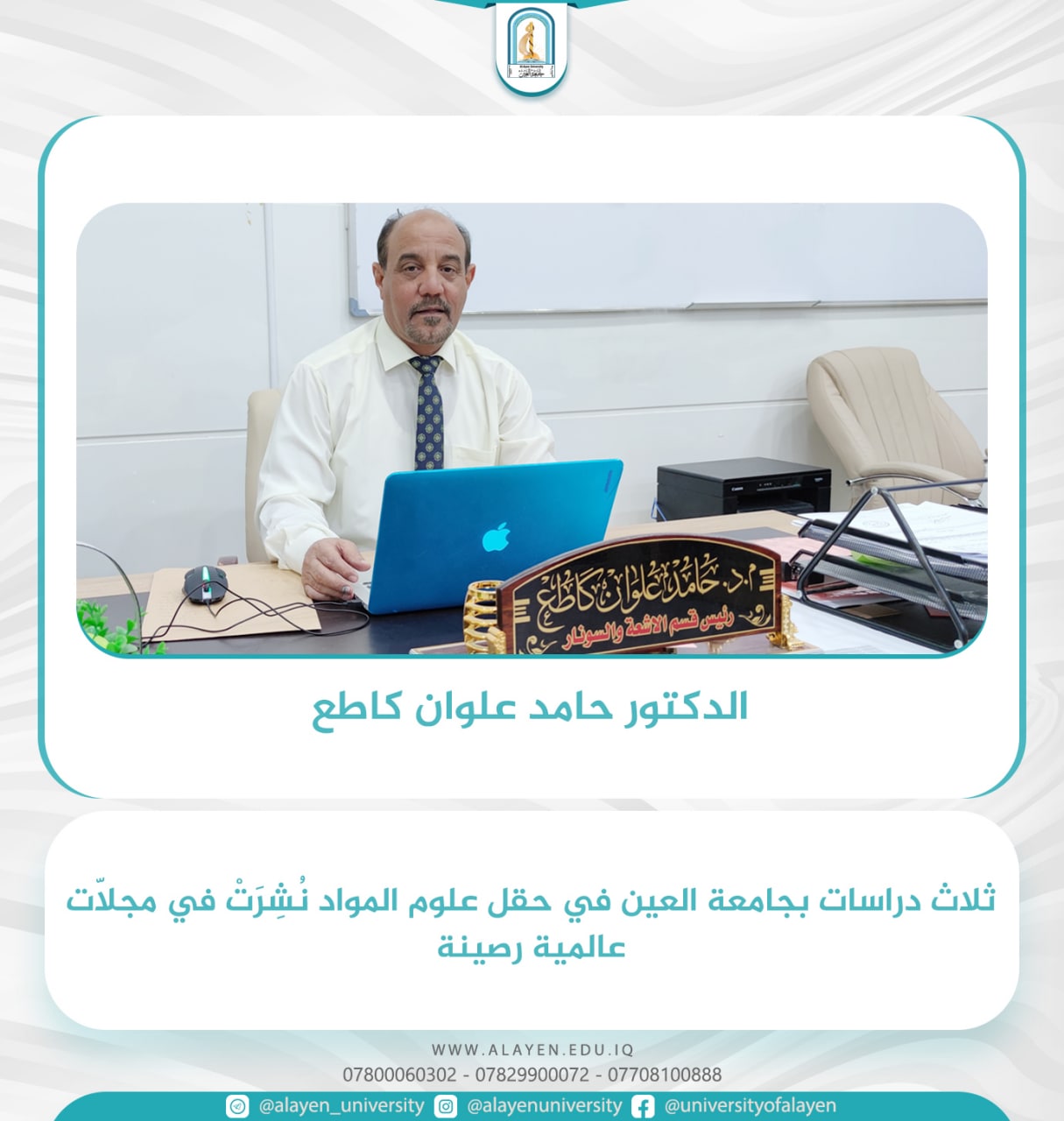 The head of the Department of Radiology and Ultrasound at the College of Health and Medical Technologies at Al-Ayen University, Dr. Hamed Alwan Kateh, published three studies in the field of materials science in three different international publishing houses for the year 2021.

The first study dealt with the preparation of a Nano-material from Tin Dioxide to be used as a humidity sensor. The prepared material was then thermally treated to get a high crystalline structure to study the optical properties of the compound in order to determine its absorbance to improve the performance of the humidity sensor. The study was published in the Fallujah University conference in the JOURNAL OF PHYSICS at IOP Publishing.

The second study dealt with the preparation of modern Nano composites with special specifications for the dielectric constant. The study was about the preparation of a thin film from a compound with a very high dielectric constant used in the data storage industry in electronic devices. The compound (BaSrTio3) was prepared in a latest modern methods for preparing nanomaterials (Sol-Gel). The study was published in the International Journal of Thin Films Science and Technology at Natural Science Publishing House.

While the third study dealt with the preparation of a new triple compound PZT from lead, zirconium and titanium metal, in order to study the ferroelectric properties of this compound, which is one of the most important ferroelectric compounds. A thin film was prepared from this compound and the effect of the types of pillars on which the film was deposited, on those properties was examined. The study was published In the journal Nanoscience and Nanotechnology in a high-quality publishing house ((Bentham)).